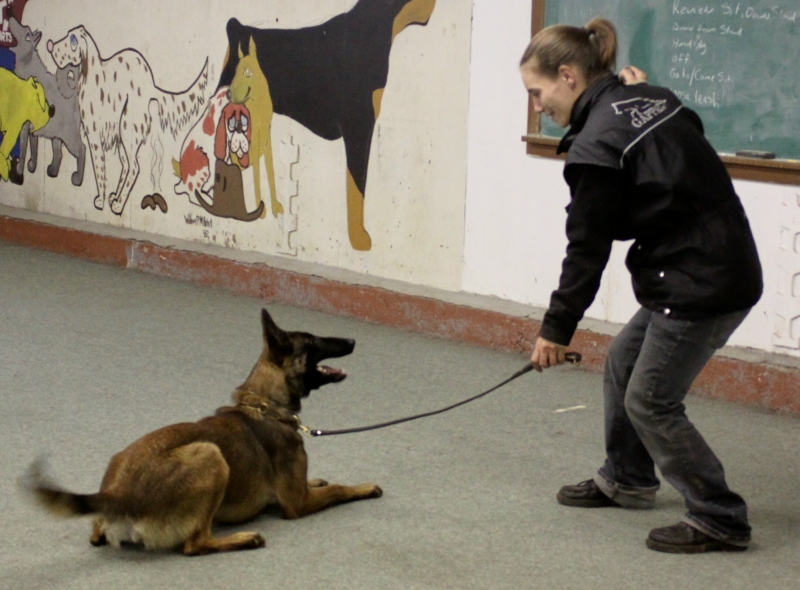 Stephanie Perrier is the head instructor here at Competitive K9s. She owns, trains, and breeds Belgian Malinois (and in the past Australian Cattle Dogs as well). She has trained in IPO, Sport Detection, French Ring, Obedience, Rally, and occasionally Agility. Currently she focuses on Sport Detection and IPO with several of her Malinois. An active dog sport competitor, she has put titles on her own dogs, and dogs owned by others, including: 4 PCDs, 6 CDs, 5 CDXs, 3 UD/OTChs, 1 OTChX, 1 MOTCh, 4 RNs, 1 RA, 1 RE, 1 RAE, 5 BHs, 3 ADs, 3 SchH 1s, 2 SchH 2s, 1 IPO2, 2 SchH 3s, a French Ring Brevet, 2 HICs, 5 SD-Ss (some with SP), 4 SD-As (some with SP), 2 SD-Es, 2 SD-CHs, 2 SD-MACHs (and was the first in Canada to earn that title) and an SD-EL. Within these titles she has earned 38 High in Trials in CKC Obedience, even more High in Classes in CKC Obedience and Rally, a perfect 200 score in CKC Obedience, multiple HITs, Placements, Gold Scores, a perfect score, and Judge's choice awards in Scent Detection, High BH, High SchH 1 twice, multiple High Obedience and a High Tracking awards, as well as 3rd overall twice in Schuzthund, multiple perfect 100 scores and High in Classes in CKC Rally. Her Obedience High in Trials have come from all 3 classes and have been on 5 different dogs of 2 different breeds. She and her dogs have placed in the top of their breeds and groups in CKC Obedience multiple times, as well as having placed in the Top 10 All Breeds for CKC Obedience in 2007. She has competed at the HIT of HITS with 3 different dogs (where she earned a second, third and fourth place finish in Novice, a Fifth place in Open, and a Fourth Place in Utility) as well as the Royal Canin challenge with two dogs (including a First place in Novice). She is known for the joy her dogs exhibit when working with her, and the fun she has in the ring and on the field. She is a member of Rogue Working Dog Alliance, the German Shepherd Schutzhund Club of Canada, the Sporting Detection Dogs Association and the Canadian Association of Professional Pet Dog Trainers. 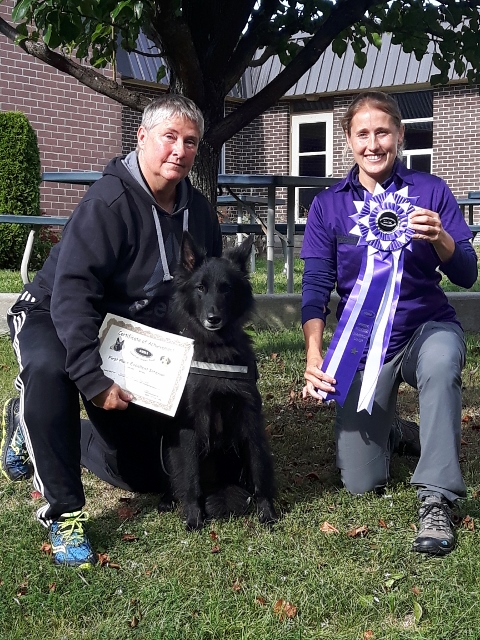 Chris Hansen lives with and trains her two Belgian Groenendaels SD-MACH Irina du Volant CGN, HIT AGI, IP, AGIJ, CAP, ADC, SGDC, TKA and Mapbellas Mystere Pagaille (Zen) CGN, AGI, NP, AGNP, ADC, ADCG, RA. Chris has also owned Dobermans and Border Collies. She is an active competitor, training and titling dogs in Sport Detection, Agility, Tricks, Chase Ability, Dock Diving, Sprinter, Rally and confirmation. She has also in the past trained and titled in obedience and fly ball. Chris and her dogs have won several Scent Detection “High in Trial” awards and many top component scores, as well as a perfect 200. Chris is a member of the Sporting Detection Dogs Association, Agility Association of Canada and the Canadian Kennel Club. One of Chris’s strengths as an instructor is her creative trial preparation as she understands what it takes to succeed in Sport Detection.